Society: Family is everything to a dolphin. A calf will stay with its mother between 3 and 6 years, during this time it will learn the pod's language, hunting habits and home range. Mothers and daughters generally stay in the same pods for life. Adult sons will move away so in-breeding does not occur in the wild. (This is not so for orcas where adult sons stay with their mothers for their entire lives.)

​Food: Dolphins are not natural scavengers which means that they hunt live prey. They do not drink so depend on fresh food for their water intake. Dolphins will feed 24 hours a day if necessary and available.

​Habitat: Dolphins use echolocation to explore their world, they have a keen sense of hearing. They spend 80% of their lives deep below the surface, protected from the sun.

​Health: There is no denying that the natural environment of the ocean is not as healthy as it should be but a pod can escape and has a huge range in which to survive. Wild dolphins on average live for about 20-25 years.

​Exploitation: Any wild animal in a natural habitat if left alone will make choices based on instinct, knowledge and avoidance of danger. Humans impact this enormously.

This is the ultimate cruelty for animals of such intelligence and emotion. 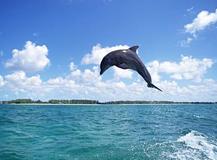 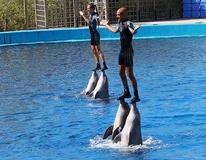 Back to DOLPHINS
Forward to ISSUES
View on Mobile